(Notre Dame Football News) – For the 4th year the NDNation Probability Poll is in…. can 7,000 fans be wrong?  They have been three years running.    The Probability Poll takes the temperature of Irish fans heading into the season.

We came up with the probability concept to put a little more thought around predictions than just, is ND better than X? We ask every fan to estimate the probability of the Irish winning each game and use that to calculate expectations.

There seem to be four levels of opponents: 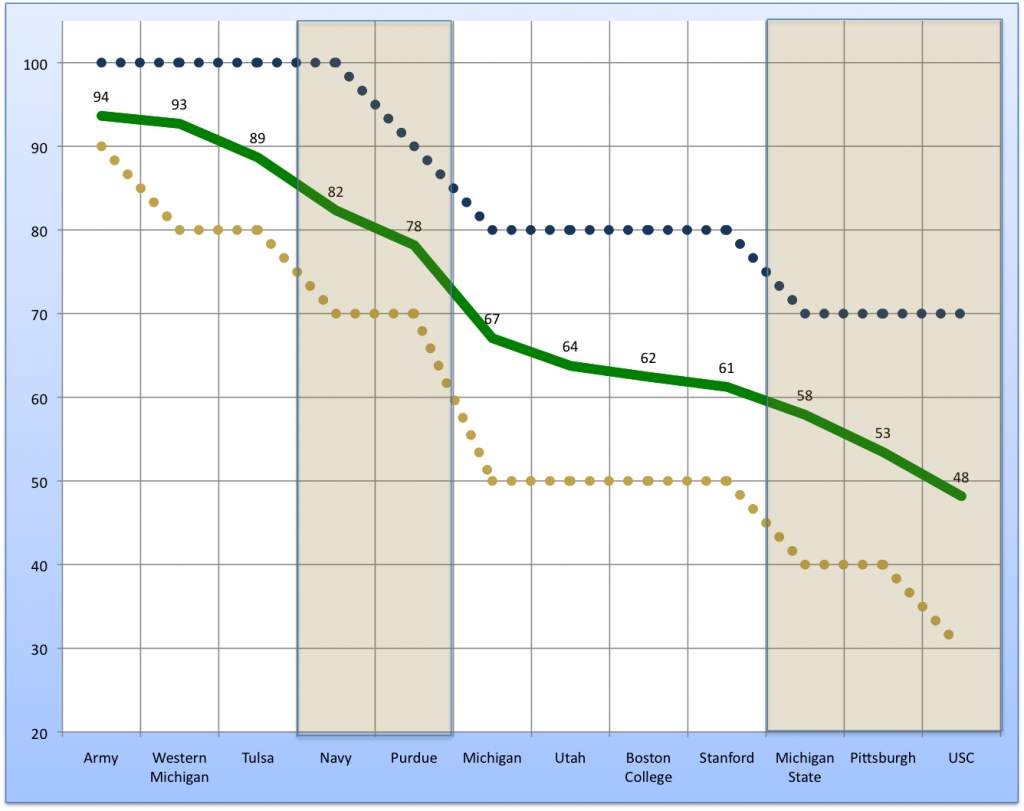 *Filtering out responses with less than 10%

Here are the full results to geek out to: 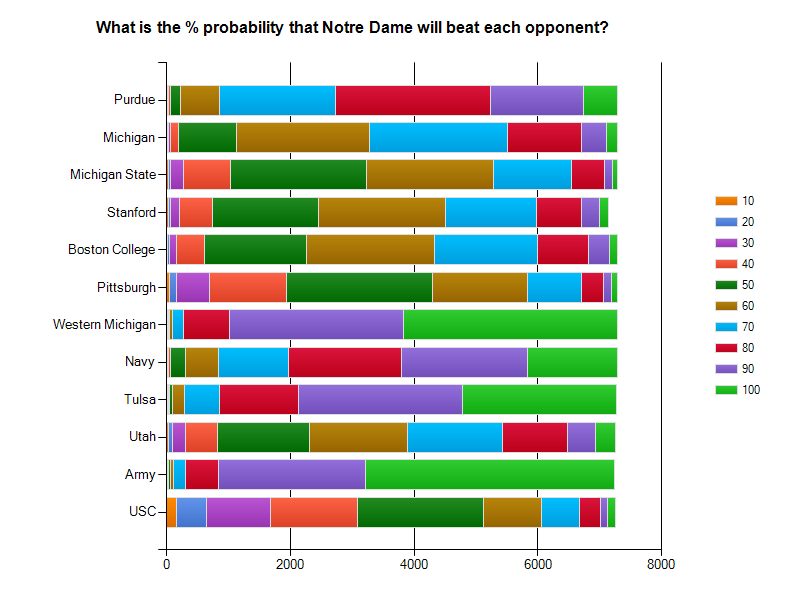