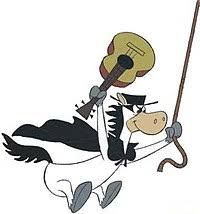 As the calendar inexorably barrels towards the birth of Christ, thoughts turn from the drudgery of the winter of our COVID-ey discontent to the impossible combination of serenity and insanity that is the end-of-year holiday season. Unable to keep my mind on work (or at least less able than I usually am), I chose to make a Portillo’s run for the pre-holiday family lunch and take the opportunity to catch up on the podcasts I’ve been deprived of thanks to my overall reduction in drive time these last nine months.

As one of my selections wrapped up, the hosts talked about their favorite Christmas memories. While absorbing descriptions of Midnight Masses and mishap-afflicted family parties that had reached the proverbial “one day” at which it would be laughed, I realized I had not yet participated in a tradition I had resurrected based on my favorite Christmas memory.

Early in his Notre Dame career on his return home for Christmas, my father found himself in a gas station somewhere in Pennsylvania sifting through a bargain-buy box of albums. His efforts uncovered a gem — The Harry Simeone Chorale’s Wonderful Songs of Christmas. The Chorale is well known for its Christmas pieces, particularly their Little Drummer Boy album. This album, though, is more of a one-off, which explained the bin in which Dad found it.

He took to the album immediately upon his return to the house in north Philadelphia, and it quickly became his favorite part of one of his favorite holidays, making the move with him to Chicago after he married Mom. His favorite song was the album’s opener, Pat a Pam. Sung at a quicker tempo than a lot of the versions you’d hear — not that you’d hear it a lot outside of albums like this one — I grew up watching Dad doing a little dance around the living room to that frenetic tambourine.

My mother … hated that song. Haaaaaaaated it. She loved my father dearly, but she loathed that song with a white-hot loathe. She said it made her nervous, and between being Santa for four kids and hosting two dozen people for Christmas Eve dinner, she felt there was enough nervousness to go around at holiday time. The back-breaking straw came when the album started being played even when Dad wasn’t home (thanks to an oldest son who was rather into the tunes himself). She felt the time had come for someone to put their foot down, and like Dean Wormer, that foot was her.

So a new Rule came into being.

Our house had few capital-R rules, but they were there for a reason and you damn well better follow them. For example, my mother, from whom I’ve inherited the affliction of a limited ability to visualize physical space conceptually, had the multi-annual desire to move the furniture around in the house — room and even floor constrictions be damned — coupled with having to “see what it looks like” to determine the suitability of the eventual arrangement. This wasn’t the worst thing in the world when it came to the ottoman or even a coffee table, but the upright piano, which tended to wend its way between the living room and the den, was another matter entirely. Ergo, there was a Rule stating every time the piano changed location it was restricted to that location for a minimum of 18 months.

(The people tasked with moving it lobbied for 36, but that, as my aunt would say, is what happens when you’re not 21 years old and not living in your own house)

So the foot came down, and we had a new Rule: “That Song”, as Mom called it, could only be played three times per week and only during the Christmas season, which officially began the morning following Thanksgiving. Given that it was Dad’s favorite and I wasn’t about to usurp his listening allocation, that effectively curtailed my enjoyment while leaving my mother’s calm less damaged.

It did, however, create what would always be one of my favorite parts of Christmas — the official unveiling of “That Song” for the year on that Black Friday. Shopping schmopping, I wanted to hear that driving rhythm, and when Dad would fire that turntable up (sometimes as early as 7am), I knew as sure as Charlie Brown’s tree only needed a little love that Christmas was almost here.

(The irony of Mom having been born in late November and occasionally being serenaded on her birthday by “The Song” wasn’t lost on Dad or me either. I put a little extra effort into the gift that year to compensate.)

Time, in its passage, changes all things. Somewhere along the way, the album got “lost” — which, given that Mom lived in that house until she died, can’t be blamed on sticky-fingered movers or other such natural cause. Dad mourned its absence, but made do with the above link I set up on his computer, which he could listen to with headphones to his heart’s content.

I still missed the natural vinyl sound, crackles and all, so I continued to hunt for that album. Finally, two years after Mom died, eBay came through for me, and I was able to obtain a quality copy (the major scratches on Do You Hear What I Hear notwithstanding). Dad got an early Christmas gift of a turntable from Trish and the kids and the album from me, and the smile on his face made him look like he once again was back home on Mozart.

Two years later when he joined Mom, I got the album back, and in the interest of bringing it into the 21st century, I ripped it into my iTunes and added it to my Christmas list — the same Christmas list I opened after shutting that podcast off. With the smell of beef and fries and the sound of vinyl crackles filling the truck, I listened to Pat a Pam all the way home.

To all the NDNation family and everyone else far and wide, have a very merry Christmas and (as low a bar as it’ll be to clear) the happiest of New Years.

Hey, I told you where Dad was coming from when he got the album and I threw in the John Facenda quote. Stuff your whines about off-topic-ness in a sack, Mister.